In the last few years, I have tired many text editors like gedit, sublime, vi, vim and now Atom. You can read more about Atom on their website.

What I like about Atom is the packages, gedit and sublime also has packages (reference) for example I like cli panel in text editors, like Embedded Terminal in gedit

However, I needed a text editor that can support a cli and a webbrowser plugin (see the image below). Atom does that as it has a terminal-plus (don’t install it before you read the complete blog) and browser-plus. 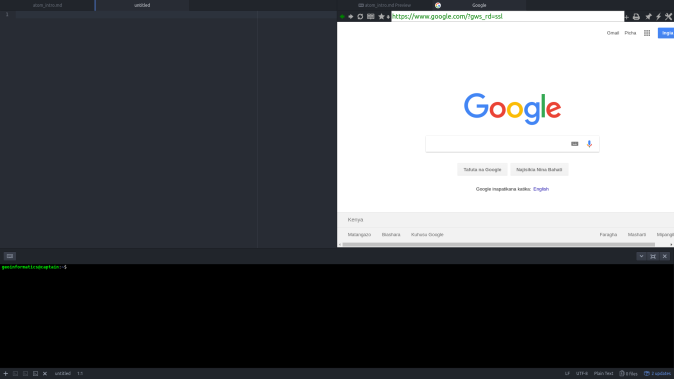 Use the following commands on Ubunut to install Atom

some other good autocomplete packages are

and some other packages

Note: For color change (in package setting), restart Atom after colors are changed.

if you want to remove atom, use the following command.

What do you think, you want to give it a try.

Do the following (reference)